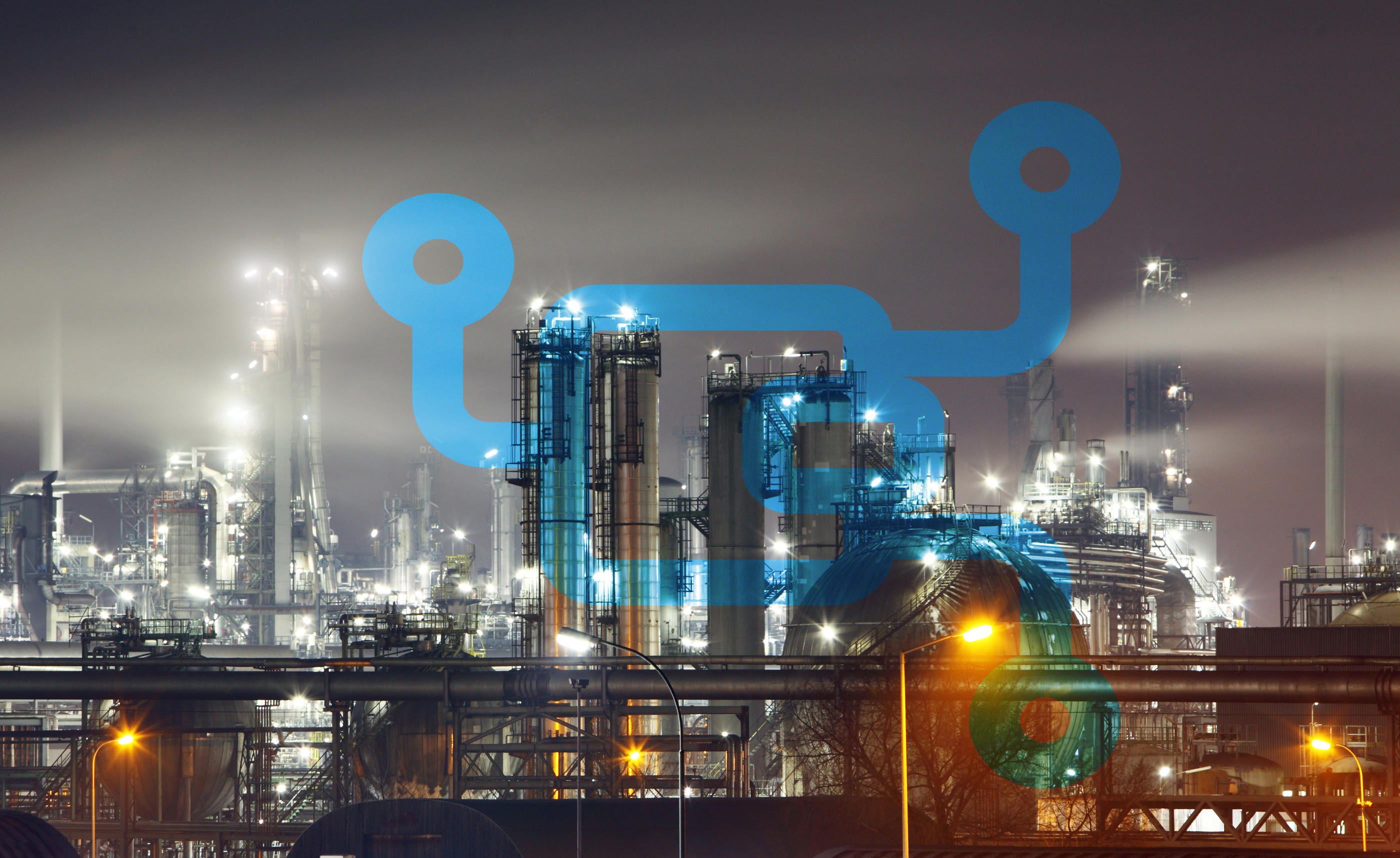 The Covid-19 experience has accelerated digitalization in chemical manufacturing, increasing operators’ appetite to adopt these technologies and the proportion who expect them to revolutionize or disrupt the industry in the near future.

In this article we’ll cover:

Along the way, we’ll look at how Navigance makes digitalization achievable now, with solutions for each step on the journey and each area of application.

In a follow-up blog, we’ll examine the potential challenges to overcome in adopting digitalization technologies, and how Navigance helps answer each of these barriers to entry that may be holding producers back.

Digitalization steps up a gear

There’s nothing quite like a global pandemic to shift attitudes and shake up ways of working. The way in which digital tools have been embraced in the past few years has been as unprecedented as the COVID-19 experience itself.

In a recent survey of chemical producers by Ernst & Young (EY), over half (56%) of respondents said they’d accelerated their digitalization efforts in the past three years. It also found almost two thirds (65%) expect digitalization to have a revolutionary or even disruptive impact on the sector over the next three years.

Contrast that with the situation just two years ago, when Navigance conducted our own study of chemical producers, and views on the immediate importance of digitalization appear to be changing fast.

In 2020 we saw a general awareness of its potential to improve aspects of chemical operations such as process efficiency, but few producers felt ready to invest in such technologies themselves. Most were unaware of the support digitalization could lend in more immediate priority areas, such as optimizing team communication, collaboration, and plant availability.

The trend observed at the time was that larger operations were often the most progressed on their digitalization journeys. The rest either had yet to take their first steps, or were doing so tentatively.

Fast forward to today and, as EY puts it, “digitalization has become the second-most prominent capital issue for chemical businesses.”

That said, the pace of implementation has not quickened everywhere. In fact, over a third of the respondents in EY’s digitalization survey admitted their own pace of adoption had remained unchanged in the past three years.

Before we look at what may be contributing to this hesitance, what are the potential application areas they see for digitalization if barriers were removed?

There is now a much broader appreciation of the role digitalization will play in our sector. Not only are more producers actively embracing or eager to harness its benefits, there’s also a wider understanding of its potential applications.

Asked by EY to what extent they felt digitalization would affect operational effectiveness in the next three years, over two around two thirds of producers mentioned supply chain planning (68%), logistics and distribution (65%), sales and order management (65%) and purchasing (67%), among others.

Given the geopolitical challenges and rising price of raw materials in recent years, digitalization of the supply chain would can not only help producers better anticipate demand and trace and track raw materials, but also make better use of them during production by optimizing processes.

In terms of production and quality management, digitalization technologies can, for instance, help maintain a constant watch on patterns in equipment and processes. By tracking patterns in their data and detecting and alerting teams to signs of potential issues early, such tools can help minimize the risk of costly downtime by enabling proactive investigation and action.

Nearly two thirds of respondents (65%) also saw the importance of digitalization for customer service – whether for the service they provide to their customers or that which they receive from partners. Here, better access to the right data and intuitive tools can enable faster, more effective service and support, improving communication and collaboration, and fostering stronger long-term relationships.

The Navigance Service Portal, for example, enables catalyst manufacturers and technology licensors to support customers better with access to the same data and the ability to same data and the ability to share insights and recommendations at pace. And, for teams ready to make the most of the data themselves, the Navigance Performance Manager offers a means to easily review and analyze current and historical data, share, and collaborate on findings and action, and make faster, more effective decisions together.

The EY findings also show over half of those surveyed expect digitalization to play a role in achieving their sustainability objectives. CEOs in four of every 10 chemical businesses emphasized its importance in doing so. This includes the ability to achieve more with fewer materials and make responsible use of resources such as energy.

Looking closer at the sustainability responses, the greatest potential for digitalization overall was anticipated in the use of data to make better decisions. Similar proportions also saw its benefits for improving production control, supporting the equipment and machinery in their operation, and enhancing communication and collaboration.

Interesting regional differences in the results suggested different digital priorities depending on where operators were in the world. Those in Europe called out production control as the area most likely to benefit from digitalization. Companies in the Asia-Pacific region expected technology and equipment to benefit most. Firms in the Middle East expected the biggest impact in communication and cooperation.

EY asked chemical producers the extent to which they see potential in their companies to use technology and digitalization for a better and faster implementation of their sustainability goals. Shaded regions show the top result for individual regions, and overall percentages for all regions combined. (Source: EY DigitChem SurvEY 2022)

Whatever an operator’s circumstances and most pressing need for digitalization, the Navigance suite is ready to support it. We’re already doing so for 14 different chemical processes – from ammonia, methanol, and hydrogen production to refining applications – and customers in 15 countries globally. There are the tools already mentioned above that enable better communication and collaboration internally and with partners, for more timely and effective decision making. We also provide solutions to optimize the availability of plant equipment and production efficiency.

On the latter, we use digital twin technologies to enable advanced, cloud-based analysis of chemical process data using industrial AI tools that recommend ways to optimize around the clock. Interestingly, only 12% of respondents mentioned using such a digital twin or process simulation. This suggests, as our own survey in 2020 found, only the most advanced companies are ready to optimize chemical processes right now.

Those not yet ready to do so now can have confidence that, when the time comes, process optimization can be the next step on a clear, consistent digitalization roadmap using a single platform from one solutions partner. What’s more that same platform will enable them to take the steps that are right for them now, overcoming any barriers that may be preventing them from doing so.

In the second article in this two-part series, we’ll look at the barriers to adoption, such as concerns about the required IT infrastructure or security of data to a lack of personnel skilled in digitalization. And we’ll highlight ways in which organizations can overcome these fears to successfully keep pace in an ever more digitalized world.

Blog: Overcoming the barriers to digitalization in the chemical industry

Blog: Digitalization – the landscape and needs of chemical plants

Blog: Why you need to optimize now

EY article: Why the chemical industry is prioritizing digitalization 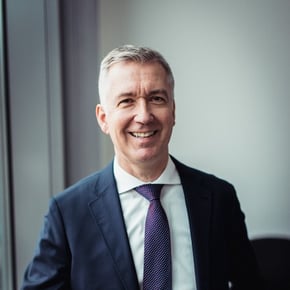 In part three of our focus on cloud services, we look at the benefits and opportunities these technologies offer to chemical ...
Start Reading
Lenz Kroeck Jan 27, 2022 9:30:00 AM 8 min read

Digitalization: the landscape and needs of chemical plants

Overcoming the barriers to digitalization in the chemical industry

With the recent increase in appetite to digitalize chemical manufacturing and growing awareness of where such technologies can ...
Start Reading